Blixell has been with Ericsson for close to 16 years holding various leadership positions in Europe, North America, Asia, and Africa. 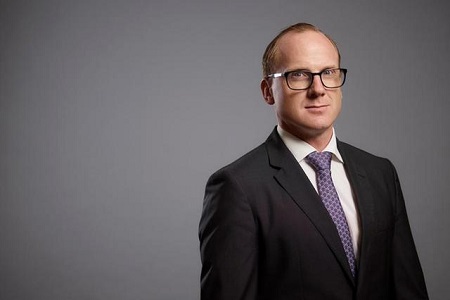 As part of his role, Blixell will be responsible for the GCC excluding the Kingdom of Saudi Arabia, which is a separate market at Ericsson.

Prior to assuming this position, Blixell was the Vice President and Head of Global Customer Unit for MTN Group at Ericsson Middle East and Africa. In 2020 he was also appointed Chairperson of the Board of several key countries providing leadership and guidance to Ericsson executives and employees.

Blixell has been with Ericsson for close to 16 years holding various leadership positions in Europe, North America, Asia, and Africa.

Commenting on his new role, Blixell said: “It is an honour to be appointed the Vice President and Head of Gulf Council Countries. Bringing 16 years of industry and leadership experience to a region of strong momentum, I am excited to elevate the telecommunications sector further and maintain our strong partnerships in the industry. The Gulf Council Countries region has tremendous potential and is open to exploring a multitude of innovations. I am looking forward to Imagining Possible and to taking the region to the next level.”

Blixell started his career in the financial industries in Luxembourg and Sweden before crossing over to Information and Communications Technology (ICT) in 2006.

Saudi Arabia to send first female astronaut to space in 2023

OneWeb satellites arrive in India ahead of launch