In partnership with stakeholders and relevant authorities, the new initiative will focus on debris management in space, the sustainable development of innovation and space technology. 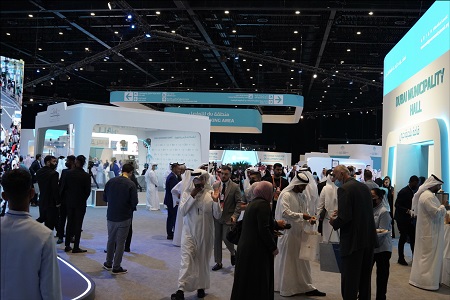 The World Space Sustainability Association was launched in cooperation with Elseco, Herbert Smith Freehill, and a number of major, global corporate entities. The MBRSC and its partners will work to expand the scope of the initiative by attracting more stakeholders in the sector, including operators and developers of space and satellite solutions, space business entities, as well as leading policymakers, regulators, international organisations and innovators.

The initiative will focus on a number of existing challenges, such as the management of debris in space, and the sustainable development of innovation and space technology, in cooperation with many stakeholders and relevant authorities.

Speaking about the initiative, Salem Humaid AlMarri, Director-General, MBRSC, said: “The mission that this initiative is based on ensures that it explores all possible areas, cooperates with the concerned authorities, and accesses innovative partnerships, so that everyone works to achieve its lofty goals, the most important of which is building a sustainable space sector.”

AlMarri stressed that the MBRSC is focusing heavily on supporting this initiative, in parallel with other initiatives recently launched by the centre in order to accelerate space research and promote its continuous development.

In addition, AlMarri pointed out that the launch of the initiative and its specific goals for 2022 and subsequent years comes within the framework of efforts to translate the directives of His Highness Sheikh Mohammed bin Rashid Al Maktoum, Vice President, Prime Minister and Ruler of Dubai, to integrate innovation, scientific research, space exploration and space technology into the main pillars of the knowledge-based economy, which is characterised by high productivity and competitiveness inside and outside the country.

AlMarri stressed that the UAE seeks to expand its horizons and develop its capabilities in various fields, with a focus on exploration, innovation and the development of international cooperation in sustainable ways, which is reflected in the agenda of the comprehensive agenda of the World Government Summit 2022, which will be held at Expo 2020 Dubai on 29-30 March.

He added: “This global gathering multiplies the opportunities available to the participants and maximizes the potential for joint cooperation.”

AlMarri stated that the centre is keen to apply the same principles when it comes to building a sustainable space economy at the local and international levels.

He continued: “The unveiling of the WSSA’s objectives is also aligned with the recent launch of MBRSC’s Space Ventures, an initiative aiming to inspire innovation across the space ecosystem and create a completely new market for space-related companies in the UAE and the wider region.”

The two initiatives will support startups in the space sector to establish long-term partnerships with the MBRSC and obtain the necessary support for their sustainable growth, take advantage of the advanced technology and research facilities available in the centre, as well as facilitate communication with reputed organisations and institutions from all over the world in order to support the achievement of growth and sustainability for its projects.

Both initiatives stem from areas of common interest, including encouraging partnerships in the telecommunications sector, developing and launching satellites and robots, in addition to space exploration programmes.

The World Government Summit hosted more than 4,000 participants, including senior government officials, experts and leaders of the private sector, to explore the future of governments in more than 110 key panel and interactive workshop sessions.

Northrop teams up with Firefly Aerospace to upgrade Antares rocket

Gilat to provide digital services over satellite in Central Asia

Hyundai and Kia to develop vehicle for lunar surface exploration