Through this launch, the company aims to demonstrate the future ability to convert spent upper stages of rockets in orbit into commercial habitats. 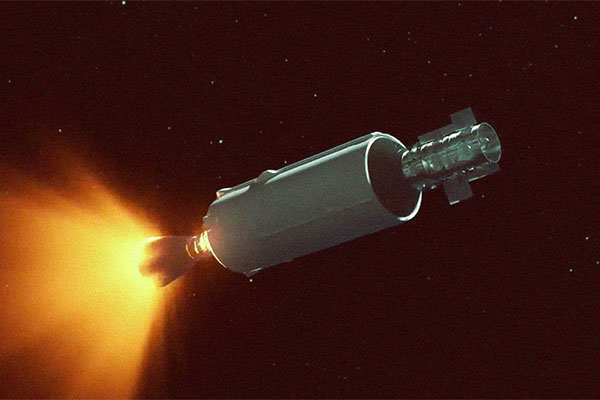 Recently, Nanoracks announced the company’s first in-space Outpost-demonstration mission in a letter from CEO Jeffrey Manber. Nanoracks, in collaboration with Maxar, will be building and operating a self-contained hosted payload platform that will demonstrate the robotic cutting of second stage representative tank material on-orbit.

This test will be the first of its kind to demonstrate the future ability to convert spent upper stages of rockets in orbit into commercial habitats – a long-term goal of Nanoracks.

Commenting on Nanoracks’ payload on Falcon 9, SpaceX President and Chief Operating Officer Gwynne Shotwell said: “Structural metal cutting has never been done in space, and SpaceX is honored to help deliver a demonstration of this capability to orbit. It’s promising to see more companies like Nanoracks investing in new technologies to advance the exploration of the Moon and, ultimately, Mars.”

The secondary payloads on the SpaceX rideshare mission include eight of Spire’s LEMUR-2 CubeSats that are brokered by Nanoracks.

Spire Global CEO Peter Platzer said: “Nanoracks has been a long-valued partner for getting Spire’s satellites in orbit. Adding the Falcon 9 rideshare to the portfolio of options gives Spire yet another option for launch to LEO. Their business creativity in pairing demo missions and CubeSat deployment from the same ESPA ring reflect their consistent commitment and support to the small satellite industry, while at the same time pushing the boundaries of what is possible. This enables Spire in our effort to continually increase the quality, frequency, and availability of our unique data.”

Nanoracks CEO Jeffrey Manber added: “It is beyond incredible that we are bringing our existing satellite deployment business and future in-space infrastructure vision together on a single SpaceX launch. This is the power of commercial and speaks loudly to the efforts of both NASA and industry to build a successful and competitive ecosystem in low-Earth orbit.”

Forsway attracts global telecom and equity veterans to board