Approved resolutions include SES’ 2019 financial accounts, reduction in the Board size, the re-election of three Board members, and the first-time election of four Board members. 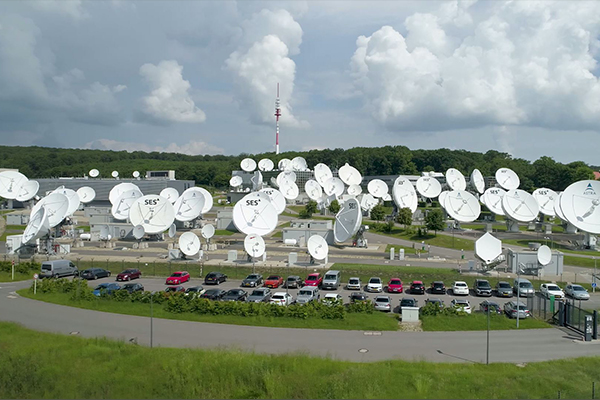 SES SA held its Annual General Meeting (AGM) in Betzdorf, Luxembourg on Thursday, in which all resolutions were approved by shareholders. Accordingly, in its meeting following the AGM, the Board of Directors elected Frank Esser as Chairperson of the Board for a period of one year.
The meeting was held based on the rules set out in the Grand Ducal Regulation of March 20, 2020, with shareholders participating remotely by appointing SES designated proxy holders to represent them at the meeting and to carry out their voting instructions given ahead of the meeting. Compliance with voting instructions was verified by the bureau of the AGM.
The approved resolutions included the company’s 2019 financial accounts and the proposed dividend of EUR 0.40 per A-share which will be paid to shareholders on April 23, 2020. Accordingly, SES’s 2019 annual report was also published.
Shareholders also approved a reduction in Board size from 14 to 12 directors
In addition, shareholders elected Béatrice de Clermont-Tonnerre and Peter van Bommel for an initial two-year mandate and elected Paul Konsbruck and Frank Esser for another three-year mandate. They also re-elected Ramu Potarazu, Kaj-Erik Relander and Anne-Catherine Ries for three years.
In the context of the reduction in Board size, shareholders also noted the resignations of Victor Casier, Hadelin de Liedekerke Beaufort, Marc Serres and François Tesch as Directors of SES.
Consequently, the Board is now composed as follows: A-shareholders are represented by (all of them independent) Romain Bausch, Béatrice de Clermont-Tonnerre, Frank Esser, Tsega Gebreyes, Ramu Potarazu, Kaj-Erik Relander, Peter van Bommel, Katrin Wehr-Seiter; and B-shareholders are represented by Serge Allegrezza, Paul Konsbruck, Anne-Catherine Ries, Françoise Thoma.
At the AGM, Romain Bausch, Chairman of the SES Board and former President and CEO, informed the shareholders that he would not seek a new mandate as Chairman. Bausch will remain on the Board as an Independent Director.
Both Tsega Gebreyes and Anne-Catherine Ries were re-elected as Vice-Chairpersons of the Board for a period of one year.
Commenting on his appointment as Chairman, Esser said: “I am honoured to be elected Chairperson at this important and exciting time for our company with SES being in a great position for further development. I am delighted to be joining the Board with several new Directors who will each bring strong competencies, complementing those of the rest of our Board colleagues. I would also like to take this opportunity to pay tribute to Romain and his contribution, commitment and on-going service to SES with his continued presence as a Director.”
Bausch noted: “Having been at the helm of the company for 25 years, firstly as CEO and latterly as Chairman and with the company now entering an exciting period of transformation under Steve Collar’s leadership and with a newly invigorated and streamlined Board, I consider it to be the right time to pass the baton to a new Chair in the renewed Board. It has been a true privilege to serve SES in these different roles and I want to thank our shareholders for their continued support.”
Tags' AGM Chairman featuredpost Frank Esser resolutions ses