DubaiSat-1, an Earth Observation (EO) satellite, was used to compile and publish the UAE’s first atlas built entirely by a team of Emirati cartographers, engineers and researchers. 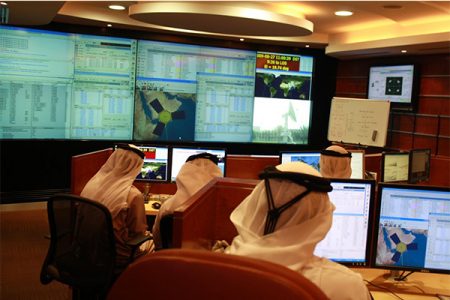 The UAE is celebrating the 11th anniversary of the successful launch of its Earth Observation satellite today. On July 29, 2009, DubaiSat-1 was successfully launched from the Baikonur launch site in Kazakhstan, onboard the Dnepr launch vehicle.

The launch of DubaiSat-1 had a far-reaching impact on the UAE’s space sector and pioneered many more missions that put it on the list of leading space-faring nations. The satellite also played a critical role in developing the first Emirati team of engineers with the first-hand experience of space sciences.

DubaiSat-1 was used to compile and publish the UAE’s first atlas built entirely by a team of Emirati cartographers, engineers, and researchers. The satellite also played an important role in supporting relief efforts in areas devastated by earthquakes and tsunami that hit Japan in 2011.

HH Yousuf Hamad Al Shaibani, Director General, MBRSC, said: “We celebrate the 11th anniversary of the launch of the UAE’s first satellite with pride. DubaiSat-1 strengthened the UAE’s position in the global space sector and was the beginning of several projects that benefitted the community. Additionally, the project also developed the first team of Emirati engineers who were involved in its manufacture and took full responsibility for its operation. It has enabled the Mohammed Bin Rashid Space Centre in successfully creating a knowledge base revolved around advanced technology which in turn has produced human capital capable of manufacturing and operating satellites.

“We continue to strengthen the UAE and its global leadership role in the space sector through ambitious projects such as these and improve our experience in the sector locally, regionally and internationally.”

MBRSC has built a dedicated base for the manufacture of satellites and its operation, expanding and pioneering such projects. Since the launch of DubaiSat-1, MBRSC has gone on to launch DubaiSat-2; KhalifaSat, one of the world’s most technologically advanced remote-sensing observation satellites designed and manufactured 100% in the UAE; and Naif-1, the first Emirati nano-satellite.

These successive achievements have extended years of work and experience in satellite manufacturing and also led to the launch of the Emirates Mars Mission Hope Probe, the Arab world’s first interplanetary mission.